Our days in Ireland are numbered so we’ve had to make the difficult decision about where to spend the last few of them. The fact that our options, the lyrically-named towns of Cork, Limerick, Tralee or Killarney are all so appealing means that we really cannot make a bad choice, so we opt for what looks like the most direct train route and that takes us to Ireland’s 2011 award-winner for the ‘tidiest town’ in Ireland – Killarney in County Kerry. 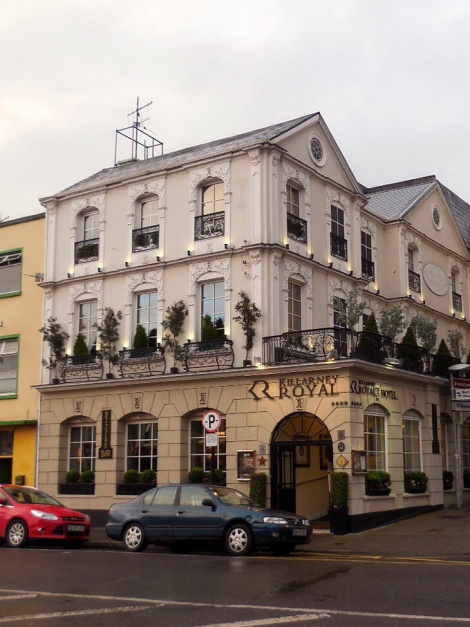 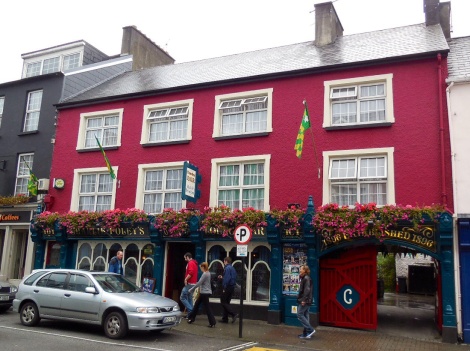 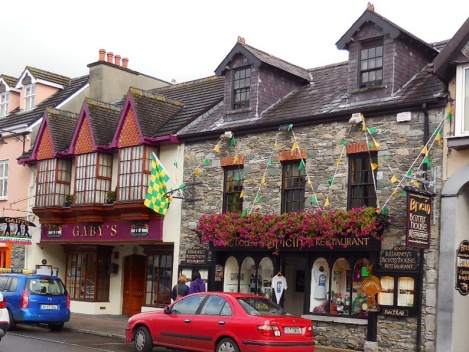 Now this is a mode of transportation I can really get behind. A far cry from an air conditioned behemoth of a tour bus, Killarney is known for these delightful horse drawn jaunting cars.

We ran into the Mayor of Tralee on the steps of St. Mary’s Cathedral. We knew him by the gleaming Chain of Office around his neck. We assured him that our choice of Killarney over Tralee was purely due to practical considerations and that we would make it to Tralee on our next time around. St. Mary’s is considered one of the best examples of Gothic Revival architecture in the country. It was being dressed up for a wedding when we dropped in. There were concerns, when this cathedral was built, that the knave was too narrow. I think it creates the illusion of added height – an architectural sleight-of-hand that might have been adapted from those clever designers of Dublin’s stately Georgian blocks. Whatever the reason, the effect is pretty stunning.

I took my usual photo of the pipe organ on the way out of St. Mary’s and only realized later, when I reviewed my photos, that I also caught the groom just arriving, spit and polished for the big day. 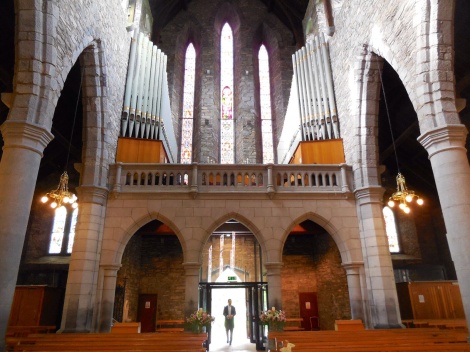 The 26,000 acre Killarney National Park nudges right up against the burg of Killarney. One of the park gates is actually right across the street from our lovely Ardree Bed and Breakfast. There’s a network of soul-stirring walking paths and bike trails throughout the park but with the misty weather we decided to see the it all by jaunting car. Our completely knowledgable driver, Martin has been doing these tours for over fifteen years, while his family also runs a bed and breakfast. Tourism is the backbone of this once agricultural community. I’m sure my animal-crazy sister will recall the name of the horse.

Now if one were to consider a career in roof thatching, it seems to me that it would be very good to connect with whoever maintains the immaculately whimsical thatched roof of Deenagh Cottage, just inside the national park gates. The roof is thatched with river reeds, which are in plentiful supply around the Killarney Lakes. The reeds are hollow, making for remarkably effective insulation against the cold and rain. 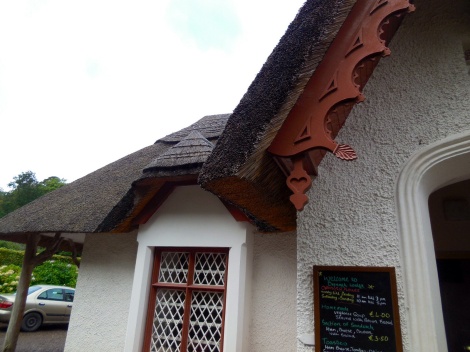 The park is a feast for the senses – one that is challenging to capture on my almost-two-hundred-dollar pocket Nikon, with a jammed zoom lens. The leaves are just beginning to revolt against the cooler weather with an explosion of scent and colour. We caught a herd of Red Deer stocking up for winter in this golden meadow. They really are there but my almost-new-but-already-ailing Nikon means you might need to use your imagination. 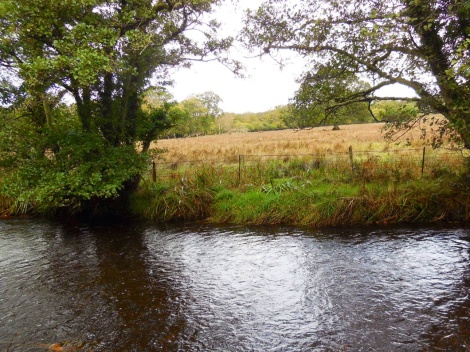 The little green pin cushion of an island in Lough Leane is Honeymoon Island, so named because there’s only enough room on it for one happy couple…and no room for in-laws.

There are countless of varieties of trees, plants and bog fauna in the park, which is also home to large tracts of oak and yew forest and to most of the Killarney Lakes chain. McGillycuddy’s Reeks border the park, a purple mountain range that includes Carrantuohill, the highest peak in Ireland at just over 1000 meters. The park also includes the extremely grand Muckross House. The mansion was built in the 1800’s by the Herbert family who apparently were driven into bankruptcy by the cost of updating the house for a visit by Queen Victoria in 1861. The 11,000 acre estate with it’s sixty-five room mansion was eventually given to the Irish people and is once again undergoing renovation, so it’s closed to the public for now.

It felt like we had the park almost to ourselves. It’s shoulder season, almost off-season, and we think ourselves very lucky to have chosen this timing and to have had pretty decent weather. So far.

Ross Castle, on the shore of Lough Leane is one of the most famous scenes in Ireland. I’m pretty sure I recognize it from one of those calendars dropped in my mailbox every October by one real estate agent or another. Ross Castle was one of the last to fall to Oliver Cromwell’s men in one of the many periods of British occupation. It was considered impregnable. The saying was that the castle would not fall until a warship could swim on the lake – apparently an unlikely prospect in those days – so when the British attacked in ships across the very lake, the unnerved defenders threw in the towel.

Ross Castle was the ancestral home of the O’Donahue clan. Folklore has it that the original O’Donahue threw himself, or was thrown, from a window of the tower into Lough Leane, and that he lives there still in a great palace at the bottom of it.

The notion of a grumpy, dispossessed landowner languishing under the waters of the lake doesn’t seem to deter folks around here from getting out on the water. We came across several little coves and inlets stocked with colorful dories.

It’s easy to forget, as we wander the well-stocked shops of Killarney and feast on generous portions of roast beef, golden potatoes and local ale, that this part of Ireland was at the epicenter of The Great Hunger, when in 1846 the potato crop in the entire country failed. The south and west of Ireland were particularly hard hit. For many families here potatoes were their only crop. It’s said that more than half the population around Killarney either perished of hunger or, if they were lucky, emigrated away from Ireland, many never to return their homes and families again.

The high stone walls throughout Killarney serve as a reminder of those very dark days. The town undertook the building of miles and miles of extraneous walls to create work for families during the Potato Famine, who might otherwise have starved but for the few pennies a day they earned building them. Today we would call this a stimulus program. It felt eerie driving down this quiet road and thinking about all the hands that placed all the rocks.

And it’s decision time…again! We have one more day in Killarney and we will spend it touring either the Ring of Kerry or the Dingle Peninsula. Life is full of tough choices. Stay tuned!

PS: If you’re reading this post from my home page you might notice that I’ve done some renovations of my own. If you like the new header and additions to the sidebars, thanks for throwing me a ‘like’!