Trinity College is the oldest university in Ireland and is considered one of the seven ancient universities in Ireland and the United Kingdom. It was established in 1592 and among it’s many distinguished graduates are Jonathan Swift, Bram Stoker, Oscar Wilde and more recently, Patrick Guinness, heir to the fortune from that little Irish beer making venture. 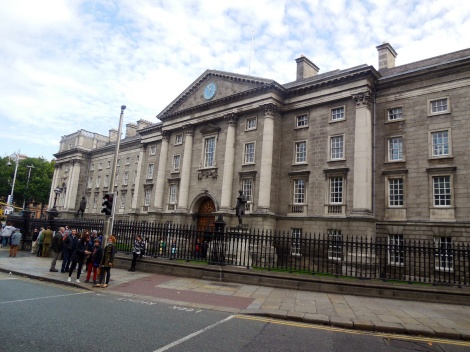 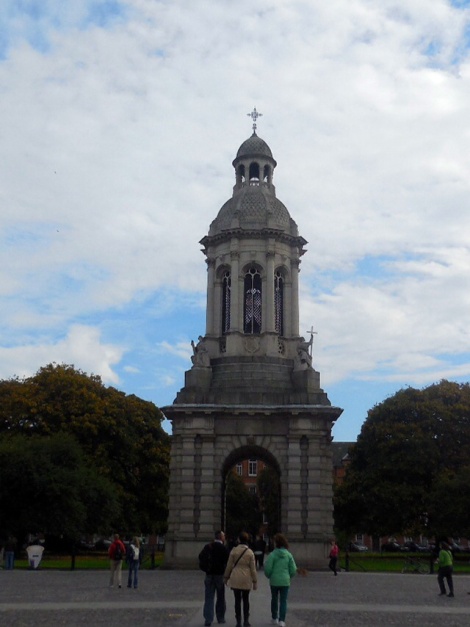 Trinity College is also home to one of the worlds greatest collections of the written word including the Book of Kells. Lavishly and intricately illustrated and painstakingly calligraphed texts of the four gospels of the New Testament that date back to the 800’s, the Book of Kells is one of Ireland’s national treasures. There are no photographs permitted of the fragile texts but they are well worth seeing if you’re in the neighborhood, and if you’re not in the neighborhood there’s actually a Book of Kells app for iPad ($12.99) with spectacular high resolution images of each exquisite page.

I could snap away to my hearts content in the fabulous Long Room of the Old Library. It was exciting to be standing among the towering rows of fabulous old tomes. Some 200,000 of the university’s oldest books are housed here, many in the process of being restored, including a rare copy of the 1916 Declaration of the Irish Republic. 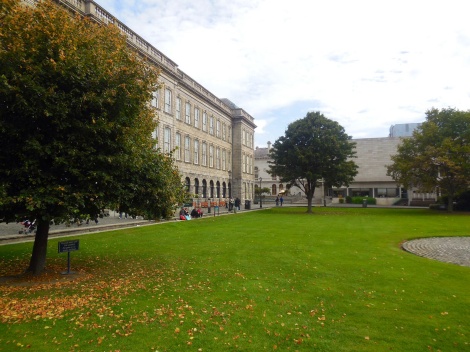 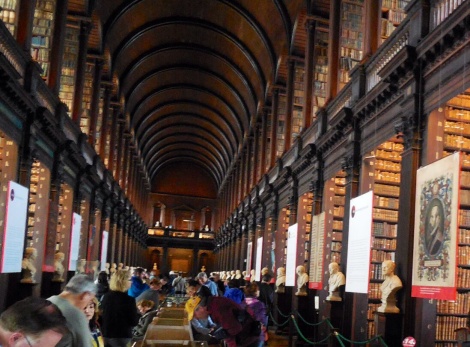 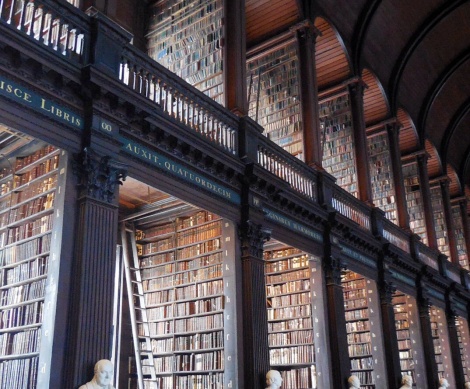 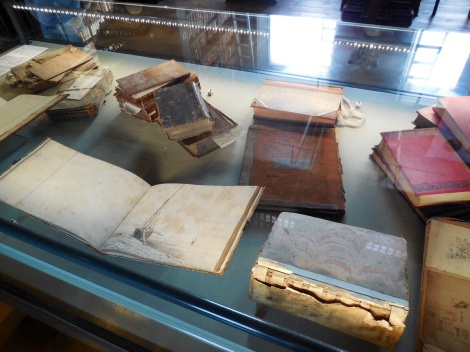 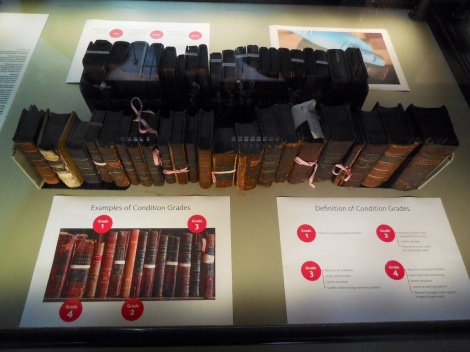 A short stroll from the front gates of Trinity College and we are at Dublin Castle. Not really an Irish castle, it was built by England’s King John in the 1200’s. It has been a center for English administration ever since, at various times housing representatives of the English monarchy and more recently used for official events, including the inaugurations of every Irish President since 1938. 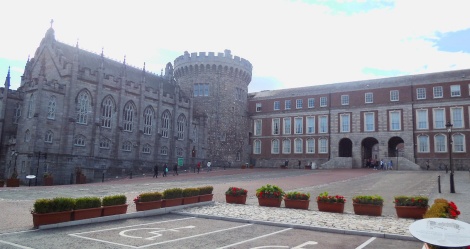 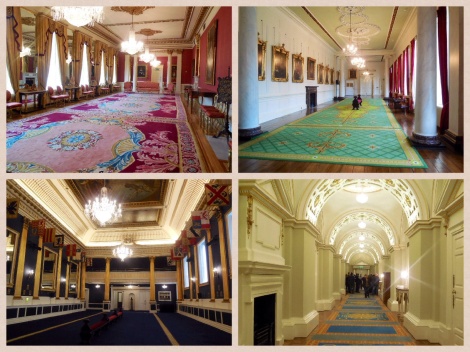 This grand castle has a dark side. Opponents of British occupation were regularly detained in the subterranean dungeons. These walls are some of the oldest that remain. They formed part of a moat that provided some protection for the castle, fed by a canal from the River Poddle. 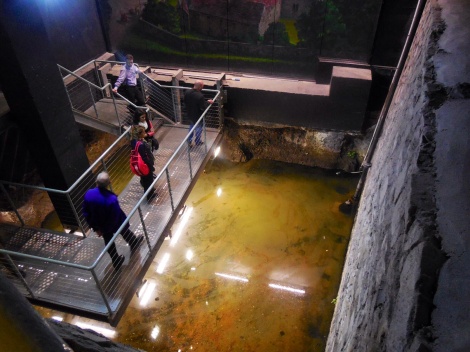 A pool in the royal gardens, known as the Black Pool – or Duhb (black) Linn in Gaelic – gave the city of Dublin it’s name. 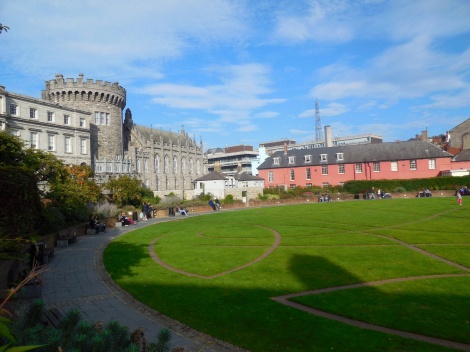 By now we were thirsty from all our sightseeing so we decided to stop in for a Guinness…at Guinness. The craft brewery started by Arthur Guinness in 1759 is today one of the most recognized brands in the world, distributing some 850 million litres annually worldwide. Sadly, it’s no longer a purely Irish company. It’s part of a British conglomerate – although some websites claim that the Guinness family still owns 51%. But this will always be where it all started. The museum here is worth a visit, even if you don’t count the free, perfectly poured pint of Guinness that’s included in our admission. 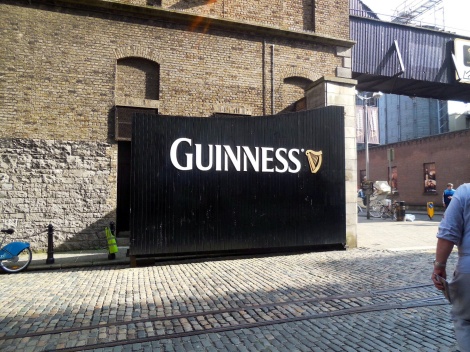 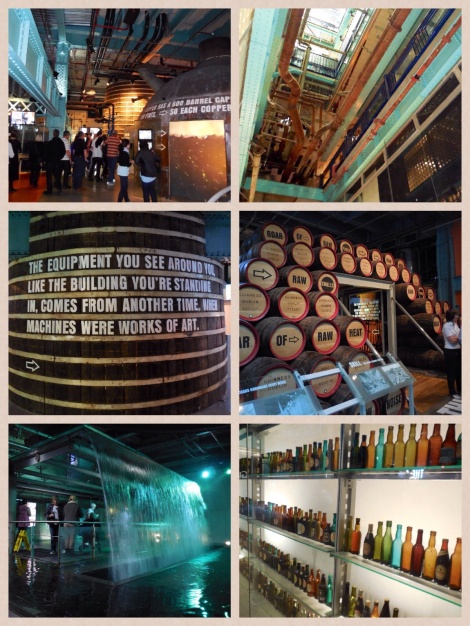 You can cash in your golden ticket at various inviting spots throughout the seven-storey Guinness Museum but we held onto our precious chits until we reached the Gravity Bar on the top floor, so we could enjoy our perfect pint with the beautiful city of Dublin spread out 360 degrees around us. 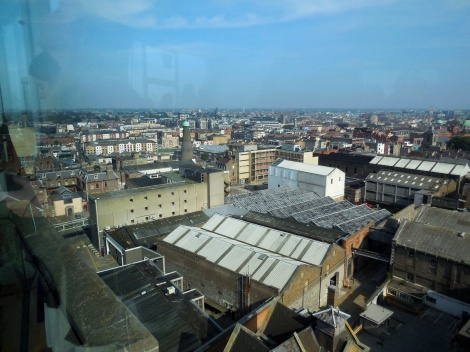 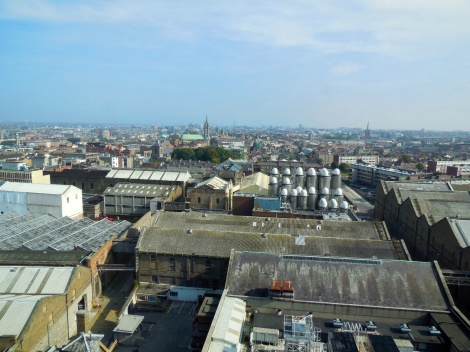 Benjamin Guinness took over the family business from his grandfather. He was accountable for significant growth during his years at the helm and was also a Member of Parliament. He crossed the floor when his own party proposed to raise taxes on beer. This statue is in the yard of St. Patricks Cathedral which almost butts up against the walls of the Guinness plant. So close that I wonder if the sweet aroma of fermenting barley might seep in under the doors and around the windows on a Sunday morning when the plant is in full swing. 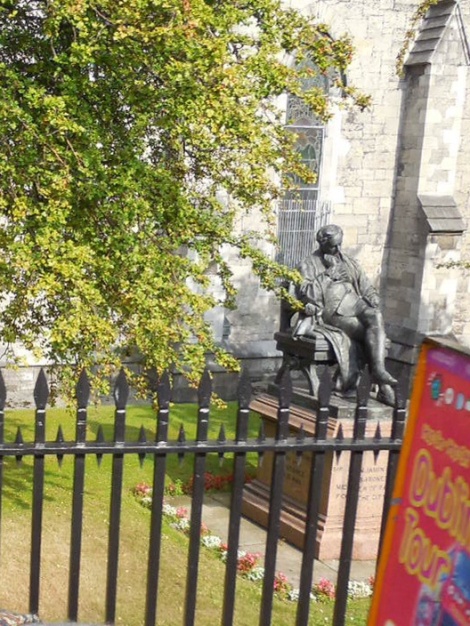 We have walked our legs off on the streets of Dublin for three days and still have not had near enough of this place. But we are off again tomorrow, across the island to Galway. We can’t leave though without one more pint… 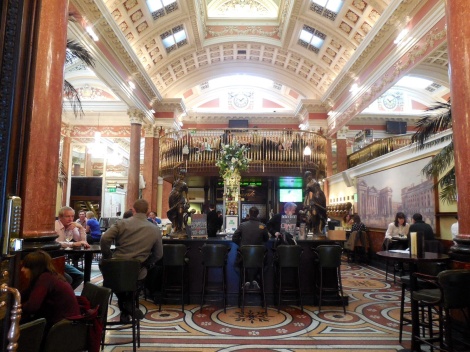 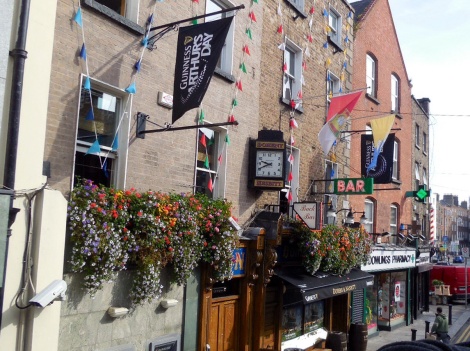 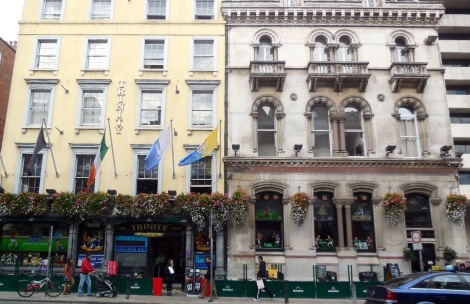 4 responses to “An Adventurous Broad Abroad – Another Pint of Dublin”